Optimism is about believing and expecting that no matter what has happened that things will turn out well. So when any one of us, a child or adult finds it hard to be accountable for the mistakes they have made, they are in effect saying that they are having a difficult time believing that there is any good that can come from admitting to a mistake.

All of us make mistakes. Sometimes they are accidents. And sometimes it is a choice. So what is a mistake.? It is when we do something we wish we had not done. It may be something we said, an action we made or something that we are still learning about and tried and just need more skill.

So why do individuals cover up, lie or blame others? It could be because they do not want to get into trouble or it may be that they do not want to look bad, or thought less of by others. It could come from embarrassment or a fear of disappointing another person. They may be afraid that they will lose a friend or someone will be angry with them. They are pessimistic and see the mistake as permanent damage to themselves, even pervasive as in they “always” do this or this is just how I am.

We know though that anytime a mistake is made there is the possibility of a lesson being learned. When a person covers up or does not take responsibility they are in reality saying that with this mistake there is no lesson I can learn or will learn. The question we want to ask ourselves or our children is “What did you learn from this mistake?”  If there is a lesson learned that we can put into practice – that is just a part of life and growing up!

So how do we handle mistakes as a Balanced Life Skills student?

Remember though that in making amends it is about making it better for the person we hurt.

As a parent we can ask our children after they have made a mistake – What lesson did you learn? What could you do differently in the future? What virtue do you need to help you with this situation? How can I help you?

Optimism is believing that that growth and learning comes when we expect to do better next time – no matter if it is a math test or how we speak or treat those around us.

Optimism is critical to the health and success of our children in the future. In fact, it is #2 on the list of needs for children if they are to be resilient in life. If you would like to know what #1 is ask me on my YouTube Channel. I will answer it there. You may be surprised

Each month we will discuss one virtue with all of our students. This month’s virtue is Optimism. This will be defined in the following ways for our students.

Young students:  I look on the bright side!

Older students:  Believing and expecting that everything will work out for the best.

We are not your typical after school activity, in fact, we are an education center, working with students on physical self-defense skills while empowering families to bring out the best in our children and ourselves – through the martial arts. We believe every child has 52 gifts in them already. They only need to be taught how to grow and use them in their life. Balanced Life Skills serves parents, teachers, and students to reach that goal 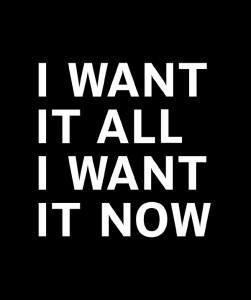 A pessimist believes the situation will last forever and will affect everything else in their life and an optimist asks themselves, “Will this thing be that important five years from now, or even next month?” If the answer is yes – then deal with it, if the answer is no – and most of the time it is no – let it go.

Most of the time when stress leads to an outburst it is because the event that has just occurred seems so important and “unfix-able” at the moment.  When in fact, most likely there is a solution, and it is not likely that it is really worth fighting about or for.  Since stress and the reaction to it is a factor in anger management, we must learn these thinking tips for dealing with them as they come up.  Put the stressor into a time perspective.
Take that deep breath or the time out and then put words to your feelings.  Decide if this is a permanent or a temporary setback.  Decide if it is fixable or even ours to fix.  If we are not able to find a calmness, it may be we are attached to a result or we are not getting something that we really want to happen or the way we want someone to be.  Is it possible that the change is just not happening in the time frame we wanted it to happen?  Can we be optimistic about it happening in the future if we chose to? 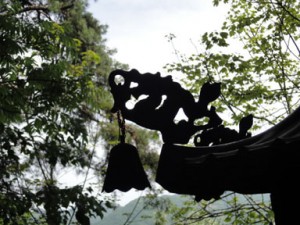 Wow, it’s been a long time since I wrote. Life and training have been moving forward at quite a pace of late, which gives me plenty to write about but less time to digest the material and get it down in words.

I was home in the US this winter, in Maryland for December and January, in New York City February and March. I missed more training than I would have liked, but I was busily trying to lay some groundwork for my more permanent return home in September of this year, so I needed a little more time.

I have written a lot about internal self defense, and I will write a lot more. Right now I am facing some fairly big changes and decisions, and talking with a lot of people about them.  There is an essential ingredient in these discussions that I’d like to explicitly point out, an understanding without which internal self defense is crippled.

We do not experience our reality as an absolute; we interpret it. The interpretation happens very quickly, faster than the blink of an eye sometimes in the act of perception, but nonetheless we assign value to things that we experience. I won’t say we decide our emotional reactions, because it is generally not as cerebral as that, and indeed trying to intellectually change how you feel about a thing often just causes counterproductive strain. But our mental state, the health of our bodies, our habits of perception, “mood” one could say — these things can be changed, and can be used to change how the world impacts us on a fundamental level. Is the thing I am experiencing good or bad, proper or improper, fair or unfair, stressful or relaxing? The belief in our ability to change these value assessments independently of the experience that inspires them is a prerequisite to studying internal martial arts.

The antithesis of this is the belief that we see reality merely as it is, that there is a direct and unalterable sequence of cause and effect from stimulus to senses to brain to reaction. To believe this, reassuming the self-defense metaphor, is to believe that the enemy is already within the gates, and there is no possibility whatsoever for preserving ourselves from him. Most people I have met who think this way bear their lives and experience like a collection of scars that have never healed properly.

Others, however, are as perfectly content as they could wish. Acknowledging the malleability of our perception is not necessary to happiness. It would be wonderful to see the world always optimistically with no shadow of suspicion that there is any other way to see it. But for those of us who need to practice our internal self defense, there is no going forward without this basic premise. 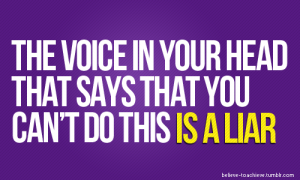 Everyone of us has a voice inside our head that talks to us when things are going well and when they are not going well. The voice tells us how we “should” feel, when we are having any given experience. We may not hear it loud and clear and yet we do hear it in a way that changes our feelings and behavior. That voice reflects what we have come to believe. Those beliefs create our consequences.

So if I have negative thoughts, telling myself that I am not enough, whether it is smart enough, tall enough, rich enough, popular enough or whatever it is – we are telling ourselves we are not “good enough”.  This thinking keeps us from being hopeful. It keeps us from believing that things can or will work out for the best. What could you say to yourself though that would be more positive and give you hope?

Saying positive things to ourselves is the start to believing in yourself and feeling more hopeful and optimistic.