Fairness is about everyone getting what they deserve and need. However, it has been observed that many times folks focus on what they want and not so much on what others may need or deserve. In a world where it seems that life is not fair at times and many do not get what they deserve the question we ask ourselves is how can I practice fairness and keep integrity to the values I believe are suitable for all.

If we are in a position of power over others whether it is as a teacher, parent or employer, we will do well to start with not asking others to do something that we would not be willing to do ourselves. As children watch us and how we deal with each other and them they are learning how we practice fairness in our everyday life. Do we share the chores at home with other family members? Are the tasks we assign others just the things we do not like to do? How do we respond when we make a mistake?

When a mistake is made, many times there is a cover-up by claiming not to know who made the mess, or by blaming it on another person. When a child sees this done by an older sibling or an adult who is deemed a leader in the community, they are not learning accountability and responsibility for the action. They are seeing injustice taking place, and in some way, this may permit them to do the same. So what is fair when mistakes are made?

Fairness calls for us to admit that we made a mistake, apologize for the error – the Balanced Life Skills way by saying, “I am sorry for _____.” and following it up with restitution or making it right. Taking these steps will help our children to see fairness displayed practically. In fact, we can name sharing responsibilities, being accountable for mistakes as fairness when talking to our children and acknowledge them for their appropriate actions with others.

While this all seems like giving others what they need, fairness must always be balanced with assertiveness and justice for ourselves. Fairness is for everyone to find the balance in what we need and deserve.

While hearing the refrain, “That’s not fair” comes when someone is not getting an emotional need met, many times it occurs when the rules are not followed, or it is perceived that someone has an unfair advantage by bending the rules. No matter where we find ourselves, playing a game with the family, a competitive team sport, in the corporate world or when competing for a grant to help a good cause there are rules and expectations that we expect everyone will be following.

There are times though that one family member forgets whose turn it is, or an opposing team does not follow the rules, or there is an underhanded dealing in our work, and things are not fair for all of the competitors. Every culture, organization, competition has both rules and ethics that have been agreed to or are understood by most parties and our understanding them helps us to conduct ourselves in a way that makes everyone appreciate how much we value the virtue of fairness.

To help our children understand that all of us need to work within the rules and ethics of the groups, we belong to we can use something as simple as having a driver’s license. The rules of the road are there, so we take turns at intersections, know which side of the road to drive on, and what all the signs on the road mean. These keep us safe. There are also ethics and good manners involved. While there may not be a rule about who gets a parking space, ethics, good manners say that if someone has their blinker on indicating their desire for a parking space, that we do not jump in front of them – just because we could. It is the fair thing to do.

When bringing out the best in our children fairness can be acknowledged in them when we see them;

Later you will recognize them for playing in competitive sports without complaining to a referee or about a bad grade they received on a school paper.

Look for those small occasions of fairness and point them out as such so that at a later time when they are upset about something that does not feel fair to them,  you can guide them to being fair with others and they will have a good understanding what fairness looks like in your family.

Fairness is a virtue that involves our respect for others and giving them the dignity everyone deserves. It is the practice of justice for everyone, even when we wish that things had a different outcome.

It is not unusual for any person to feel angry when they perceive that something is not fair and especially if they are the recipient of the short end of the decision. In fact, most anger comes from a feeling of not getting what we think we deserve or that someone else is not behaving in a fair way to us. Many are willing to call out “that’s not fair” anytime their needs are not met.

Angry feelings are a normal emotional reaction to having a goal blocked, or we are frustrated by what we perceive to be ‘not fair.’  This month we are considering what fairness is and so the question, does fairness mean that everyone gets the same. All of us can think of a time when we were left out or received less than others around, less attention, fewer accolades, less food. What are the factors that might play into fairness?

To begin with, we understand that every situation is different. Different circumstances, ages, needs to play a part in fairness and many times our point of view may even cloud our opinion. Let’s say there is a team chosen for a competition. Only five people can be on the team, based on the rules – but we want to be a part of that team. How could that decision be made and remain fair, even if some will not be able to go to the competition?

These may be some of the factors considered:

Which of these appear to be fair or unfair? How would you go about making these choices?

Teaching our children about fairness begins with our integrity to fairness and treating others according to what is needed, deserved and appropriate. There may be times that we give up our personal needs and wants for that of others because it is the right thing to do. When we remove our emotional desire and needs, we can be courageously decisive on the side of fairness.

Young students: When everyone has or receives what they deserve and what they need

Older students: Treating others according to what is deserved, needed or appropriate.

We are not your typical after school activity, in fact, we are an education center, working with students on physical self-defense skills while empowering families to bring out the best in our children and ourselves – through the martial arts. We believe every child has 52 gifts in them already. They only need to be taught how to grow and use them in their life. Balanced Life Skills serves parents, teachers, and students to reach that goal.

If you would like to see Joe Van Deuren and Balanced Life Skills at work, TRY CLASSES FOR FREE for 2 weeks. 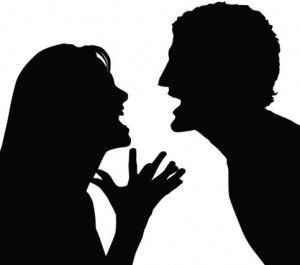 While we may not shout – “That’s not fair.” – when in the midst of an argument, it is likely that we have thought it when the other party says or does something that triggers a reaction in us that has nothing to do with the discussion at hand.

Don’t you think there should be some rules for arguing that everyone agrees to?  For some people arguing is fun, maybe you have met that person, or you live with them.  In simple terms this is someone that we call the “Difficult Person”.  They are never able to hear a request or be told anything without asking Why or why me or whats in it for me.  They many times are disagreeable and will do so for the sake of disagreeing.  Here are just a couple of thoughts about keeping the fight fair.

There are more possible rules, but this is a good start.  Do you have any rules you use, especially with family members?  Like us on Facebook and make a comment there with your thoughts. 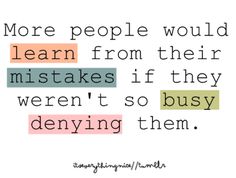 While all of us make mistakes – all of us have the opportunity when we do make a mistake to deal with our mistake in a fair way.  Our initial reaction to making a mistake might be to be worried about getting in trouble.  At Balanced Life Skills we do not worry about getting in trouble.  We want to do the right thing – because it is the right thing to do.

So when we make a mistake we are willing to take the responsibility for the mistake.  It would not be fair to lie about what really happen or what we may have done wrong.  Worse than that would be to put the blame on others.  How unfair to blame another person for the mistake that we have made. Very close to blaming others would be to make an excuse as to why we did what we did.  Either way we are refusing to take the responsibility.

Our reaction when making a mistake will always be to take the 3 step process, no matter if it is a drink that we spilled or if we said words that hurt the feelings of others.  Here is the process that we teach at Balanced Life Skills:

Reminding our students of these steps will help them to exercise ‘fairness’ in all that they think, say and do.