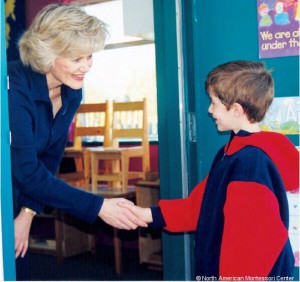 The one thing that brings the greatest amount of angst or embarrassment to a parent is when their child shows a lack of respect in a public place – where others are able to observe the behavior.  Disrespect can be shown in many different ways in different forums – really by anyone.  Lets talk about showing respect in our community starting with school.

How do we show respect when we are in school?  It may begin with how we treat the teachers, classmates and even the support personnel in the school.  Of course we expect that our children demonstrate respectful behavior towards the teacher.  What does that look like?  Following the directions given, doing work quietly without disruption to the class.  It may also include see what additional help we might be able to give the teacher – running errands, cleaning up after ourselves and others, speaking to them as if we value their efforts.  As a side note if teachers would like to have respect shown towards them, then they also must show this same respect to the class, by being well prepared, addressing them without sarcasm, providing their expectations in a clear and reasonable manner.

What about our classmates?  How do we show respect for them?  When they are answering a question are we listening closely or are we wildly shaking our hand in the air because we want to talk.  Respectful behavior would be to put our hand down and listen in a manner that shows that we value what they have to say (even if it is not the “correct” answer).

When taking a quiz or test, being sure that we answer our own questions and not be looking to others to help us on a test (cheating).  Being fair to others is a way of showing respect.  This is true even on the playground or in the cafeteria.  Respect can be shown by being kind to each other, even if they are not a part of our closest acquaintances.

Continuing this thought about school – are we careful with the equipment in the classroom?  Treating books, the media room equipment, the chairs and desks with the utmost care, knowing that others need to have use of this equipment is a way of showing respect for the property that does not belong to us, but that we have been invited to use while we are in the classroom.

This sort of culture in the classroom and school really begins by working on this at home and reemphasizing it as our children go to school.  Even teachers who show respect to their students will find that the students will return the respect.  Working on this culture will  have its rewards in the community – not just at schools but also at restaurants, grocery stores, museums, and other public venues. 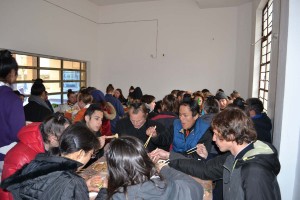 I had a conversation with some of my classmates the other day about eating meals with our Chinese companions. The fact is, noisy eating doesn’t carry the taboo of bad manners here the way it does back home. Notice your own reaction as I describe this– lip smacking, loud slurping, and that “chuk chuk” sound you get when someone chews with their mouth open. How did you react? Did you crinkle your nose, or have a little involuntary shudder? It’s pretty ingrained in me to have a fairly strong reaction to these behaviors, and I gather that most other westerners feel the same way.

Change gears for a second. I once watched an lecture on TV about wine tasting. The instructor talked about essentially slurping the wine. Our sense of smell is such a large part of our sense of taste, so getting air into the wine and the bouquet into your nose lets you taste the wine more completely.

So what if our Chinese companions are experiencing their food more completely than we are thanks to eating habits that we won’t even consider because we have been taught to find them gross? Please don’t misunderstand, I am not arguing for slurping and open mouth chewing. But I think this example illustrates pretty clearly the idea of a cultural blind spot: an idea and experience that people of a given culture can’t even perceive because a cultural inhibition stops them from even looking in that direction. And I think this example also makes clear how subtle these inhibitions are. Coming to another country, living here, and being forced to deal with this culture as a daily reality instead of a holiday novelty has made me question many such customs that I had taken for granted before. I have been forced to reconsider the difference between being of a specific culture and being human.

This post is going up a little later than planned. Sometimes my internet connection is spotty, and it has been getting in the way of my posts.

Chinese Mid-Autumn Festival, or Moon Festival, is one of China’s major holidays along with the Spring Festival and Dragon Boat Festival. In the lunar calendar, it falls on the 15th day of the 8th month, which in our calendar fell on September 12th this year.

The food associated with this festival is called a moon cake. Moon cakes come in different sizes but are generally pastry sized, with a very dense pastry outside filled with sweetened, um… anything. Foreigners like myself usually go for fruit filled ones, but there are also sweetened meat, fish, egg, or nut filled cakes. Some of these flavors are pretty novel to my tastes. A savory shrimp pie might sound good, but wouldn’t you find a shrimp doughnut a little odd? That’s what this is like, and I certainly did find it odd.

For such festivals, our school has some traditions. There is a big meal served, followed by a variety show performed by the students, followed by karaoke on the school’s karaoke system. This year, class three (my class), put special effort into our variety show performance. We took our inspiration from the online video “Matrix Pingpong,” and choreographed a fight scene using the same blackout theme. We were very proud of the way it turned out. Other items in the program included choreographed dances, dramatic skits, and a performance on the traditional Guqin (a many-stringed plucked dulcimer-like instrument). It was a really fun evening that bridged all ages and several cultures.

Before I came to this kungfu academy, I celebrated a few lonely, puzzled festivals in China. I was an outsider and had no idea what the festival involved. I searched for some intrinsic significance to the holiday, and found nothing I could grab ahold of. It made me reflect on our western holidays. Maybe they lack intrinsic meaning as well. The power of holidays comes from community, family, memory, nostalgia, and ritual. It’s not something to be understood, it is something to be lived. It is only with my new family here that I have been able to live these traditions.

For that reason, I think I have some advice for anyone seeking, as I have, to understand another culture: Don’t. I mean, read up, do your research, anything you like, but ultimately you need people who will be your bridge. Find something that is important to you, something that means enough to you that you are able to set aside your own cultural assumptions to get closer to it (this was harder for me than it sounds). Find people who are important to you, and give yourself to them. Only by giving up yourself will the culture you seek to grasp finally be opened up to you.

What do parents want for their children?  When we talk to them this is what we hear.
Parents want to see them learn to be focused, responsible, disciplined, gain confidence, and social skills.   They would also like them to be learning responsibility, tolerance, problem solving, and creative thinking.  While we have been working on those skills here at Balanced Life Skills I believe that over the next year you will see us finding new innovative ways to develop these skills in our students.
We will do this by integrating and imbedding these skills in our culture.  Integrating teaching these skills while we teach the physical skills of the martial arts is one of our goals this year.  As parents and teachers one of the best ways we can help is by modeling the skills we want our children to have.
We can focus on this together as we develop our students into Ultimate Students and citizens of our community.