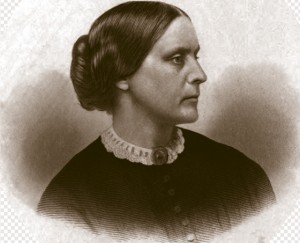 On November 5, 1872 Susan B. Anthony cast a vote in the presidential elections, 48 years prior to the 19th Amendment was passed giving women the right to vote. While campaigning for women’s rights – she was ridiculed and accused of trying to ruin the institution of marriage. In fact she was even arrested for casting her vote. She had broken the law. Today however she is seen as having demonstrated great citizenship.

Citizenship carry’s responsibility to follow the laws of the group that you belong. However there are times that a person realizes that for the greater good, breaking the law and dealing with the consequences is the right thing to do. As in any of the arts or many things in life, first we must understand the law, even live by the law before we are able to challenge it, bend it or even break it. There are so many examples in present and past that were able to accomplish good for their community by doing just that.

What is great about so many of those that were able to make changes – they did so peacefully. They made changes by dealing with personal consequences, while putting forth their message – non violently. It seems to me that many in our world today could take a lesson from these citizens who while making things fair for others, patiently did so with respect.