I start this with a strong statement – Fear is the root cause of anger. 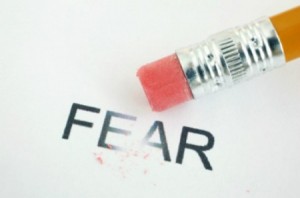 No matter who we are we all feel our anger triggered, sometimes by individuals, by groups, or the conduct of others.  Generally though if we have an expectation or goal and it is not filled or completed in some manner, we may begin to have angry feelings come up for us.  It is very easy for us to blame the customer service person, our spouse, our child, the teacher, the organization for “making us feel this way”.

Our reaction to those triggers may come out as anger and may be displayed in a number of ways, from something as simple as a feeling of resentment, bitterness or frustration to the other end of the spectrum of hatred, hostility or rebellion.  The anger may be shown in a physical, verbal, or emotional way with attacks on others physically or verbally or emotionally.

But why the attack for something that may seem later to not be that important?  I would suggest that it is due to fear.  Our brain is trying to protect us from something that we believe or feel is going to hurt us. So while anger is probably meant to be a good thing, some parts of our brain are not realizing that we live in a different society beyond the caveman age and the “enemy” can be dealt in different ways than the explosion of anger and fighting or running way.

In our modern society the fear we have or the danger we see, is not from wild animals or other physical enemy  attacks.  But the reaction to the fears we  have are the same as in caveman days – we are going to attack back and sometimes we get way to aggressive about that attack and we get into trouble.

Where is that fear from?  There are two main groups that fear falls into, that everything else that happens to us can be tied too.  Those groups are:

Fear of not being enough

Every reaction to an attack on us or even perceived attack is based on protecting ourselves from our fear of failure or our fear of not being enough.  Let me give you some examples.

Think about a person who has lost a loved one and becomes angry lashing out at others.

FEAR of “did I do enough”

FEAR of failure as a provider,  what will happen to my family?

Learning to recognize the fear that is lurking beneath the anger, then communicating what is happening inside of you is an important part of anger management.  If you only show the anger, and that is all that everyone sees, they will likely respond to the anger, not realizing that there are other feelings going on for you.

To learn to do this is a process and many times needs the help of others.  More on that later.