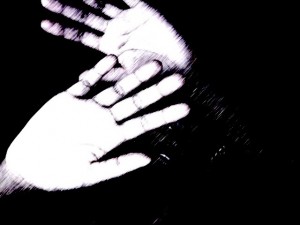 With so many news events that make us shake our head and wonder how a human that grew up in a ‘civilized’ society could act in such horrific ways – creating a culture of kindness / peace becomes more important to us as parents and educators.  I believe like many of you that culture change is difficult to affect on the big scale – in fact impossible to affect unless it is also achieved on the individual and family scale.  Really is “the world” at peace if we personally have turmoil, difficulties, and heartache in our lives?

Aggression that takes place between children usually happens out of the sight of adults and caregivers.  Isn’t that interesting? Because the same thing is true with adult aggression.  A child may pull their pranks of aggression in the bathroom at school, or on the bus or a corner of the playground – adults try to hide their aggressive acts too.

I heard a story one time of an adult who waited till their target was alone in the file room of an office before they showed a side of themselves no one in the office had ever seen or at least talked about before.  Pushing a co-worker against the cabinets – they told them to never ever do “such & such again” or things would get worse for them.  Now while this one incident would not in and of itself be bullying – this aggressive act had a major impact on the target, a young employee with no seniority.  She eventually quit the job and moved away, as her fear overwhelmed her desire to work for this company.

There are two lessons here.  The first lesson is that children who are aggressive can and will take this with them into adulthood.  The ramifications of that are huge.   The second lesson that is not seen as easily is that the effects of aggression – of bullying others – is devastating to the perpetrators too.

The effects on those who are the target of their aggression and on those who have observed it are devastating as well.   Ignoring or denying that bullying is perpetrated by a child or student or a child is a target of aggression,  is damaging to them and our society in the short and long term.  We must not ignore this behavior or go along with those that might see aggressive behavior as a part of growing up or who have a “my child is a leader” mentality.

The damage being done now will affect their life and that of others in the future.  One of my goals is to help our community become aware of and build a culture of kindness, peace and compassion in our families, schools and communities.

On September 27 at 10 AM I will be addressing the issue of bullying in a class titled, The Truth About Bullying.  This one hour class will not only discuss the definition and effects of bullying on children, but also why children wait so long to tell authorities and the six skills every child needs in our efforts to build a culture of kindness.  These skills are meant to help a child from becoming the target of bullying and to help those inclined to be aggressive.

This link will give further details on this class as well as the follow up classes to help every parent.