Integrity calls for doing what is right even when it is very hard or when there may be results that do not favor yourself.  The link below is about a girl that spoke up when it was difficult, because it was the right thing to do, and the results helped her classmate, but led to her being bullied.  Here is an excerpt from the story.

He’s a seventh-grader at Tripp Middle School in Turner, active in sports and school plays, friends would say a nice guy. And nearly every day classmates called him “fag,” “faggot” and “queer.” Nearly every day someone punched him, at least one time in the crotch. Nearly every day he was ridiculed, harassed, bullied.

Amanda Fields had never seen anything like it in all of her 13 years.
“Random people. People he doesn’t even talk to would come up to him and say, ‘Hey, fag’ or just kind of use very not good language,” the eighth-grader said.

The boy is a friend of hers. For months she watched his torment and feared for his safety. She worried he’d hurt himself if the harassment got too much.  Then, one day this spring, she and a small group of friends told a guidance counselor about all of it. The bullies — more than five, Amanda believes, and less than 15 — were suspended.
Citing student privacy concerns, school administrators refused to talk about the situation or confirm the suspensions. The boy and his parents declined to speak publicly. Other Tripp Middle School students wrote about the incident online, but would not talk about it to the newspaper.

But Amanda would. She agreed to tell the story that started out as the boy’s and has rapidly become her own.  Because since she and her friends told the guidance counselor, Amanda’s gotten bullied, too.

To read the whole story go to:  Standing Up: One Girl, One Friend, Many Bullies 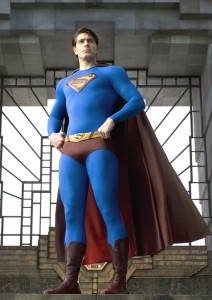 Being a good friend is partly about standing up to peer pressure and for what is right.